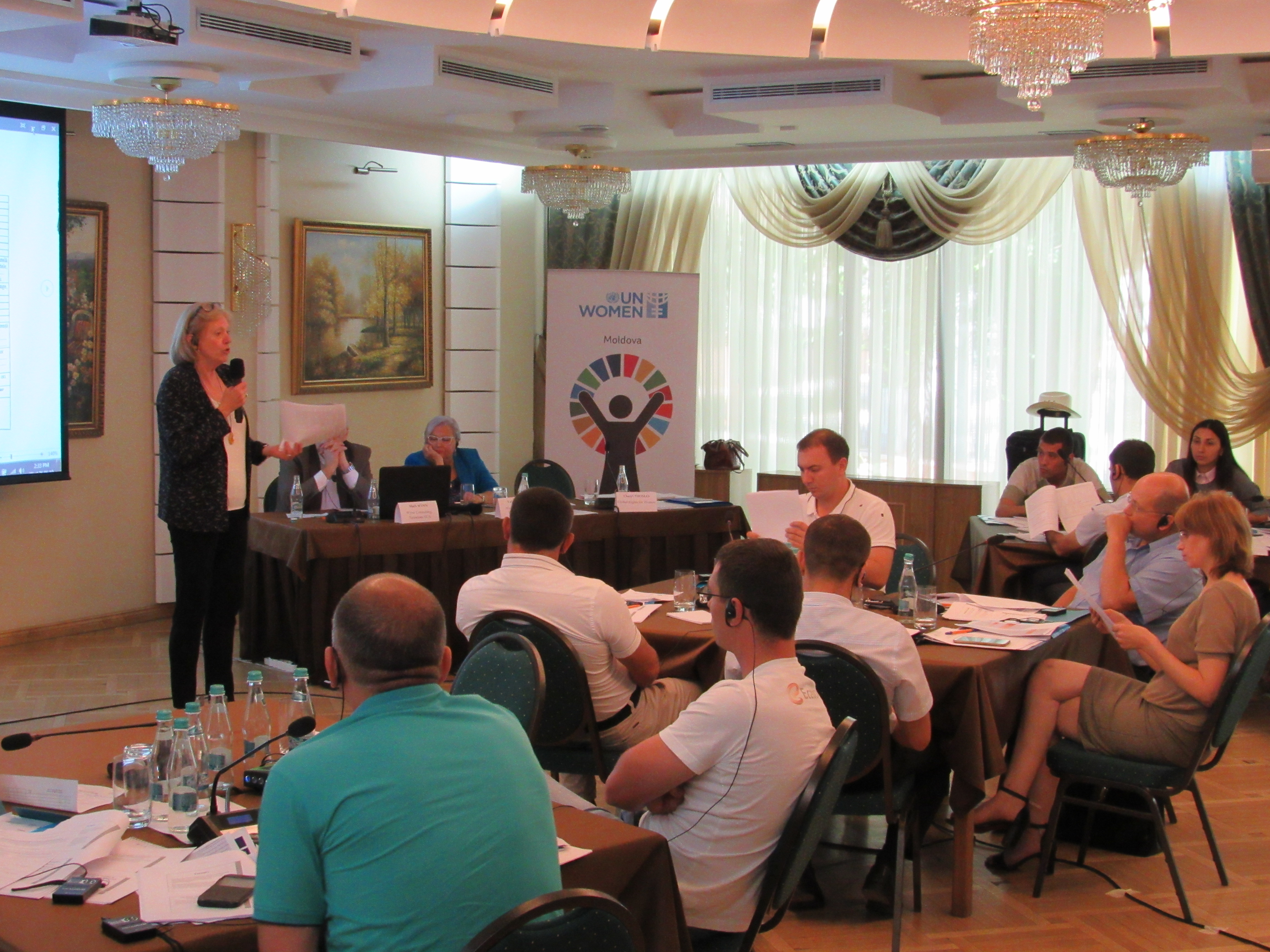 In June and July 2019, Global Rights for Women (GRW) partnered with Women’s Law Center, UN Women – Moldova, and the US Embassy in Moldova to co-lead a number of key events to enhance the criminal justice response to violence against women and girls (VAWG).

In December 2018, GRW completed a Safety & Justice Reform process. A central activity of a Safety & Justice Reform process is incorporating the experience of victims into any criminal justice intervention. GRW staff and experts conducted focus groups of battered women in Moldova in 2018.  The input from battered women was the basis of the recommendations for the Safety and Justice Reform report presented in December 2018. The recommendations from GRW staff and experts primarily focused on changes that were needed about the police response to domestic violence. In June 2018, GRW experts Mark and Valerie Wynn, along with GRW CEO Cheryl Thomas conducted a training on the law enforcement response to domestic violence.

A few weeks later in July 2019, GRW experts Lori Flohaug and Steve Aycock, along with GRW Director of International Training Melissa Scaia lead three separate events over an 8 day period.  In the first event, GRW experts and staff facilitated a 2-day workshop on “Fatality Review Teams (FRT).” The national plan to address VAWG in Moldova has as one of its action items, the development of a FRT. A FRT analyzes death cases related to domestic violence, dating violence, sexual assault, stalking and trafficking of women, and looks for any gaps in how the criminal justice system responded and implements needed changes.

On the weekend, the GRW team conducted a one day training on the dynamics of domestic violence to new and young lawyers. The local lawyers union organized the training for continuing learning credits for the lawyers. There were approximately 30 participants in the one day training.

The last event that the GRW team participated in was conducted at a resort outside of Chisnau, Moldova. The event is known locally as the “Summer School” training event. Nearly 30 prosecutors and judges received training on the three types of domestic violence, prosecution of VAWG, and the judicial response to this social problem.