Updates and Events, How We Work, Staff Voices

In September 1995, leaders from 189 countries and over 30,000 human rights activists gathered in Beijing, China, to hammer out an “agenda for women’s empowerment”:  the Beijing Declaration and Platform for Action. Global Rights for Women CEO Cheryl Thomas was there, at the United Nations Fourth World Conference on Women:

“The Beijing Declaration defined 12 areas of critical concern for achieving gender equality, including health, education, political leadership, the media, and violence against women and girls.  Almost 25 years later, countries around the world have profoundly advanced the vision of the Beijing Declaration, creating laws, policies, programs, and action for women’s empowerment. Yet, persistent challenges rooted in patriarchy remain.” 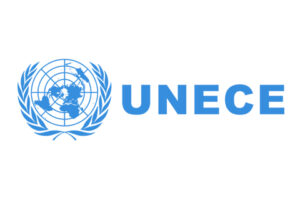 In preparation for the 25 year anniversary of the Beijing Declaration, the United Nations will hold regional gatherings to review progress and challenges impacting women’s empowerment, and to define priorities for the future.  The UN Office on Women asked GRW to contribute our expertise by preparing a background paper which reviews the progress of 56 member States of the United Nations Economic Commission for Europe on preventing and eliminating violence against women and girls.  Our research highlighted exciting advances, including the passage of consent-based rape laws in Spain, Sweden, and Germany; new sexual harassment laws in France and the United States; and stronger protection measures for survivors of domestic violence in Moldova, Bulgaria, and Albania.  But we also described disturbing gaps in protection for survivors and accountability for perpetrators, including the decriminalization of domestic violence in Russia and Kazakhstan; the persistence of child marriage in Eastern Europe and Central Asia; and the alarming rates of violence against refugee and migrant women and women affected by armed conflict.

GRW draws inspiration from global commitments to women’s empowerment such as the Beijing Declaration and Platform for Action, and grounds our commitment to advancing law and policy in women’s human right to live free from violence. We are honored for this newest opportunity to contribute to the United Nations’ work to advance women’s human rights.