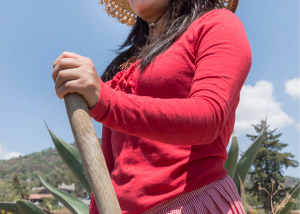 Guatemala is an incredibly diverse country, both geographically and demographically. It is home to one of the most active volcanoes in Latin America, Volcán de Fuego, as well as one of the largest indegenous populations in the region, at roughly 45%, a large portion of which are Mayan. The multitude of indigenous identities among the Guatemalan population contribute to the 25 different languages spoken throughout the country. This further diversity, while providing Guatemala with a rich culture, proves challenging to these populations, which lack resources, both private and governmental, that are truly accessible to them.

From 1960-1996, Guatemala fought a long and gruesome civil war which targeted the indigenous population and has caused much poverty–Guatemala suffers from a poverty rate of 60% with 25% of those people living in extreme poverty–as well as high rates of political instability, unemployment, and alcoholism. The impacts of the civil war on families will not end with the family members who lived through the war either; the trauma is generational, and it continues to impact families and their socioeconomic stability. One of the most prominent ways in which the effects of the civil war have manifested themselves in families is through domestic abuse.

The Guatemalan Civil War was a period of severe violence against women, including rape and sexual slavery against Mayan women, and this legacy has continued since. This negative perspective of government, that many women have because of the civil war, means that there are low rates in reporting incidents of sexual assault and domestic violence. Furthermore, it has led to a large mistrust in government and therefore, mistrust in agencies that claim to aid and restore communities, which hinders people’s access to services.

According to UN Women, roughly 22% of Guatemalan women face intimate partner violence in their lifetime, although that number is likely much higher due to the fear and stigma behind reporting. An article from the Guatemalan Human Rights Commission explains that many women do not report cases to the Public Prosecutor’s office because they either “don’t recognize domestic abuse as violence, or they fear that in reporting the abuse, they will face further violence or lose their partner.” Furthermore, the reporting process is incredibly lengthy and time consuming. First, individuals have to declare that they are in a situation of violence by reporting to the police of the state’s human rights department; anonymous reports can be submitted.

Officials visit the family’s home to investigate and interview the family before separating the family if a severe case is observed. Women have to go through all these processes before they can seek legal action against their perpetrator. The responses of the Guatemalan government for cases of gender-based violence have improved significantly over the years because of increased pressure from the international community.

However, Guatemala remains a patriarchal society, and as women make progressive and independent strides in their education, into the workforce, and into political and social activist spheres, they come face to face with the machismo force which continues to control families, dictate gender roles, and limit the opportunity for families to break free from poverty.

In December 2019, Global Rights for Women joined a group of women’s advocates, attorneys, police and government officials from Guatemala, El Salvador and Honduras in Antigua, Guatemala to facilitate a workshop on Coordinated Community Response (CCR), a method of organizing multi-sectoral systems to end violence against women and girls.  Complementing these efforts are civil society organizations focused on missions that support equality for women and girls.

In July of this year, I traveled to Antigua, Guatemala, where Common Hope has their main base, to volunteer for my second time. This time, I had the opportunity to speak with Rebecca Sanborn, the Country Director for Common Hope, who shared incredibly valuable information on the role of the social workers at Common Hope.

Common Hope is a non-profit working in Guatemala to “fight poverty with diplomas.” 69% of the population in Guatemala cannot read or write and the country has a high school graduation rate of 18% (compared to 88% in the U.S.).

She explained that within the families that are affiliated with Common Hope, 10% suffer from cases of domestic violence. As previously stated, domestic violence is a barrier to economic stability and women and girls living in extreme poverty are more at risk: if a family has younger children, they are likely to keep older girls home to care for them so that parents can work. If there are abusive family members in the home, it may mean more exposure to domestic violence.

Common Hope provides services so that family members can continue to work and send their children to school without having to worry about childcare. Many children are sent to work to make money for their families which takes priority over school. Common Hope believes that if children can graduate high school, they are more likely to end generational cycles of poverty. While Common Hope’s main mission is to tackle poverty through education, their work also aims at combating gender inequalities that persist throughout their communities – gender inequalities like education gaps and lowering the prevalence of domestic violence.

Education promotes greater equality economically and socially, granting women and girls more independence from abusive relationships. In order to achieve this, Common Hope takes on an all-encompassing approach providing resources and services to the entire family,as opposed to only the student. Rather than worrying about resources, the family’s focus can go to supporting their student’s education. Common Hope ensures these services, from housing, to healthcare, childcare, educational resources, and – what Common Hope considers to be the backbone of their work – social services for families.

As for social workers, Rebecca explained that in many cases, the social worker isn’t there to stop the violence, but support the women and children in finding a new home and starting their life over, away from their partner who was most likely their main source of income. During the reporting process, social workers provide emotional and mental support for victims, as well as support for the claims.

When I first volunteered with Common Hope in 2018, I was able to shadow a social work visit in a family’s home. These social workers’ jobs are to ask about the needs of the families to see how Common Hope can best serve them. Furthermore, they are trained to work with families of all ages and traditions to break old stigmas about gender roles and ensure that both boys and girls are going to school. Social workers are also trained to pick up on cues that might indicate that there is a case of domestic violence within a family without asking about it directly. Rebecca explained that this is one of the most important skills for the social workers to have, as many times, women’s fear of speaking out can lead to recurring violence and unresolved problems for the entire family.

Before Common Hope can begin working in communities, it is essential that they build trust with the people living there. As a result of the Civil War, many Guatemalans now have mistrust in large organizations and government entities. The social workers at Common Hope play a necessary role in building this primary trust and ensuring long-term and sustainable relationships.

Although not its foremost mission, Common Hope’s combined work, through its social workers, its pledge to education, its accessibility to healthcare for affiliated families, and its general availability of resources are all making huge strides in ending domestic violence. From keeping girls in school and out of child marriages, to helping women start their lives after leaving an abusive partner, and even the simple promotion of gender equality amongst their students and even their volunteers, Common Hope makes accessible the tools necessary to empower women and girls in their families and throughout Guatemala.

Madison Plemens-Schunk, is a junior at the University of Minnesota, double majoring in Global Studies and Political Science with a minor in Spanish. She hopes to work in the humanitarian and human rights defense fields.