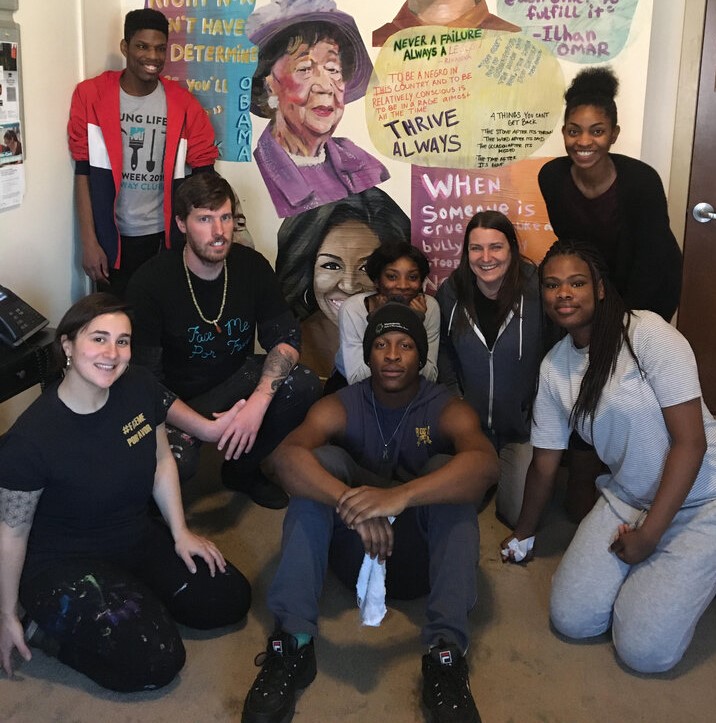 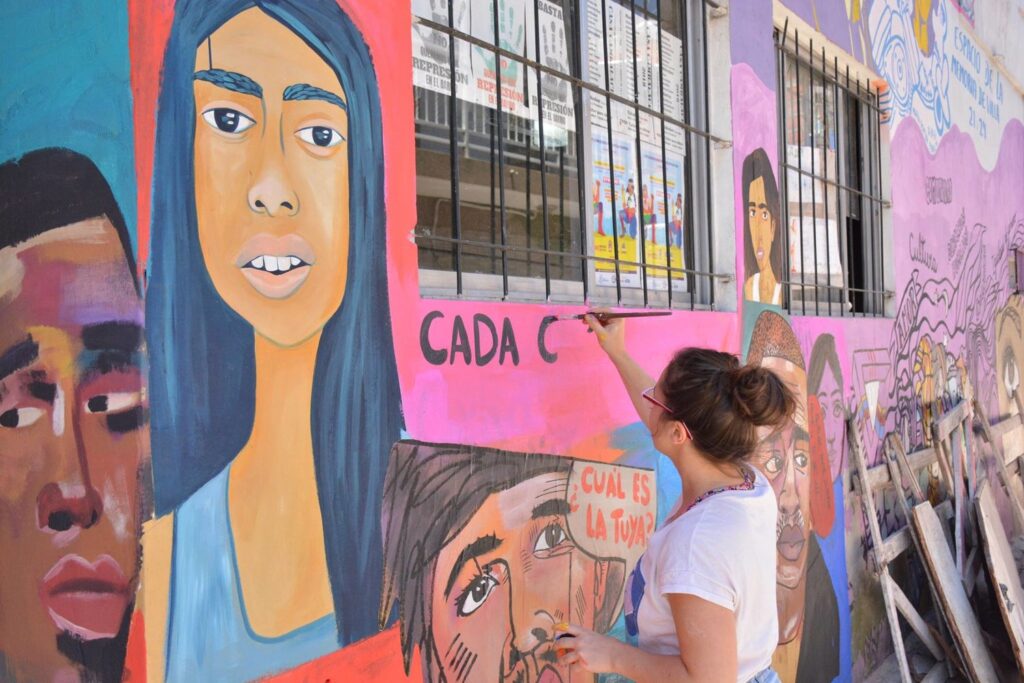 Remarkable synergies happen when people connect art to expression, healing and education.  When survivors of violence use art to give voice to their experiences, it’s often a transformational catalyst to recovery and community acknowledgement of trauma.  From the George Floyd tributes, to the Survivors Memorial and projects like Face Me Por Favor, embracing community art shows the power inherent in such expression.

Victoria Eidelstein and Matt Litwin are the artists behind Face Me Por Favor, an ongoing multi-city, multi-country art project of portraits and street art that asks people questions about their lives.  And then they paint and talk, meeting people from all over the world and all walks of life.  They approach their art this way because they believe it’s one of the most inclusive ways to engage with art–working beyond the borders of gallery exhibitions and to hang out with their subjects.

Victoria Eidelstein is from Buenos Aires, Argentina currently living in the U.S. in Minnesota with her partner Matt Litwin, whom she met in Argentina on a street art project.  She had started doing murals in 2015 in the neighborhood around her house.  Victoria relished making bold statements, painting big things, and involving the public.

Victoria said because she is physically small, she likes to do big things like murals and portraits, and thinks it is important for women artists to do large-scale projects to amplify their voices.

“For women going through violence, the first thing that happens is they are silent. I like to help in that, to give a place for that voice, for anybody not being heard or seen, this is so powerful to share.  It’s like Global Rights for Women going around the world being an example of change.  It’s a language we have in common and way of relating, in terms of taking messages of change to another level,” she said.

Matt was on an artist residency with La paternal espacio proyecto when he went on a street art tour and met Victoria.  He is particularly inspired by the ethos of street “wheat paste” art, as he described it,“old-school signs and billboards and messages” pasted over a wall or other medium to share something, be it political, social or artistic.  Matt particularly liked to do random portraits of people, and had an epiphany that he wanted to do something more interactive, that involved the people he met on the street.

After he met Victoria, they had collaborated on landscapes, and their teamwork morphed into a more personal relationship with art at the center.  “We wanted to really express what the people are feeling,” said Victoria.  Together they started Face Me Por Favor, in part as a reaction to busting out of Instagram.  “We saw people were always filming or photographing themselves, and it could be interesting, but superficial.  We wanted to connect with people in a real way.  Seeing the portraits and stories connected on the street encouraged people to be honest.”

They didn’t start out collecting survivor stories, but it happened often enough that Matt and Victoria knew that it was an important aspect of what they were doing.  “It was surprising in a good way, the need to express trauma.  In some environments people are not allowed to talk about it,” Matt said.  “Clearly it’s a way of healing and an amazing responsibility to make art and be a bridge for people to express themselves.  There are things that art in public can bring to society.”  Their next project this coming year will be painting a mural at a women’s shelter in New Mexico.