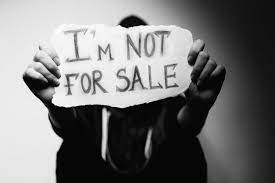 There are 35 million victims of human trafficking every single day internationally. Of those 35 million, 4.8 million are sex trafficking victims experiencing exploitation. Those who are extremely vulnerable to sexual exploitation are typically women and girls impacted by war and conflict, complex gender norms, and poor living situations.

In the Middle East and North African region, the sexual exploitation of children has increased over the years. With debt and unemployment rates rising, youth and women are facing the global consequences of the detrimental effects of COVID-19 on economies. Poverty and political conflict puts pressure on families to make decisions that may result in trafficking and other negative outcomes for women and girls. According to ECPAT International, there is a surge of violence against girls in the form of forced child marriage, female genital mutilation, and physical punishment.

There is a data gap that also must be addressed due to the cultural taboo of sex and sexuality within the governments and communities of the Middle East and North African countries. These taboos make it difficult to encourage engagement to address child sexual exploitation like the Bacha Bazi or “dancing boys” in Afghanistan, which is referred to as Afghanistan’s “darkest secret.” There is a culture of silence in many parts of the world that allows trafficking to flourish.

As conflict areas arise, the number of refugees and migrants escalate. The Ukraine crisis sent many fleeing, the majority women and children, and aid agencies were alarmed at rising cases of sexual exploitation, abuse, and human trafficking. With the war in Syria that started in 2011, many people’s resources and money have been depleted, leading them to an increased vulnerability to exploitation. As reported by the International Center for Migration Policy & Development, Syrian women and girls are forced into prostitution and child labor has increased as well.

Displacement in Central America has also played a role in the rising numbers of sex trafficking victims. Many women are trapped in prostitution, partake in transactional sex, or experience sexual assault as they migrate through the difficult journey to get to the U.S. border.

Sexual exploitation violates the basic rights, health, and wellness of women and youth around the globe. Your support for Global Rights for Women’s mission to end systemic gender based violence and advocacy for women’s rights and health is critical to addressing the social and economic forces that keep women and girls from achieving their human right to live free from all forms of violence.  Listen to survivors’ stories, acquaint yourself with organizations that fight against sex trafficking, and stay informed so we can aide in uplifting their voices and to support the fight against sexual exploitation.

Zeinab Mohamud is a student at the University of Minnesota – Twin Cities, a former intern and current volunteer with Global Rights for Women.

“The Sexual Exploitation of Children in The Middle East and North Africa”. ECPAT International. May 12th, 2020. https://ecpat.org/story/the-sexual-exploitation-of-children-in-the-middle-east-and-north-africa/

“New Research: How are the war in Syria and the refugee crisis affecting human trafficking?”. ICMPD. January 14th, 2016. https://www.icmpd.org/news/archive/new-research-how-are-the-war-in-syria-and-the-refugee-crisis-affecting-human-trafficking