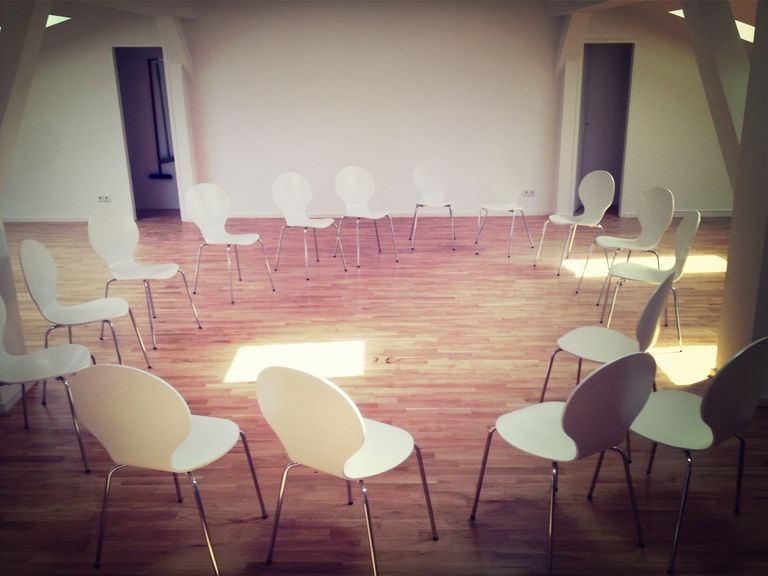 In February, I had the opportunity to observe a `Men’s Group’ facilitated by my colleague, Melissa Scaia, Director of International Training for Global Rights for Women. Minnesota courts often order violent offenders to attend ‘Men’s Groups’ or Batterers Intervention Programs with the goal of examining and changing their violent behavior.

Most of the men who participated in the group live in rural locations where they don’t have easy access to an in-person group. Participants were required to join online by computers rather than phones, to ensure that they were as engaged as possible and so they could see the other participants.  Each participant could be viewed by everyone this way – an important component of the dynamics of a successful Men’s Group.

As the Administrative Associate at Global Rights for Women, my role varies day-to-day including event planning, communications, travel preparation and other duties. I joined GRW because of my passion for international human rights and my personal alignment with GRW’s mission of ending violence against women and girls in a way that involves the participation and direction from local, grassroots organizations. I love that each day I come into work, my job allows for this work to be done, and is instrumental to carrying out our mission. I see the pictures, hear the stories from the international travel and work of GRW, but sometimes the distance of my day to day duties to the work we do as an organization gets lost along the way. Joining in on this session with Melissa reminded me why I am proud to work for a nonprofit organization centered on women’s rights and justice.

What I noticed most observing the men in the group were their deeply ingrained ideas about gender roles within relationships that seemed so core to their belief systems. One member of the group had been arrested for putting a tracking device on his ex-girlfriend’s car. He felt it was his right as the former-boyfriend of this woman to have access to information about her including her whereabouts at all times. He felt that because they were once in a relationship, the control he had over her within that relationship carried on after they separated. Another man could not accept the idea that his current girlfriend could be an equal to him; he had grown up learning from his parents that a woman is not as smart, reasonable, or able to make decisions as well as a man. It was his duty to her in the relationship, he believed, to make all decisions for them as a couple because of his ability as a man to think less emotionally and more practically.

Viewing these men discussing their beliefs, which were so core to their views of gender roles and relationships, I wondered how it could even be possible to make a change in their thought processes. But after the session, Melissa told me she received an email from the quietest member of the group, a man who always had trouble engaging. He described his long battle with abuse as a child and how he had learned while growing up that being a man meant bottling up your emotions and putting on an armor of masculinity. This contributed to his actions of physically abusing women, which placed him in his current situation– being on probation for committing a violent crime. Hearing this helped me understand the work Melissa, Graham Barnes, GRW’s Legal Resource and Training Specialist, and many others who facilitate men’s groups do. These beliefs about gender roles are ingrained on all of us from birth, and are continuously reaffirmed as we grow up within a patriarchy. But actively working to dismantle this thought system produces results and furthers the fight to change beliefs about gender roles and the use of violence against women as a control mechanism.