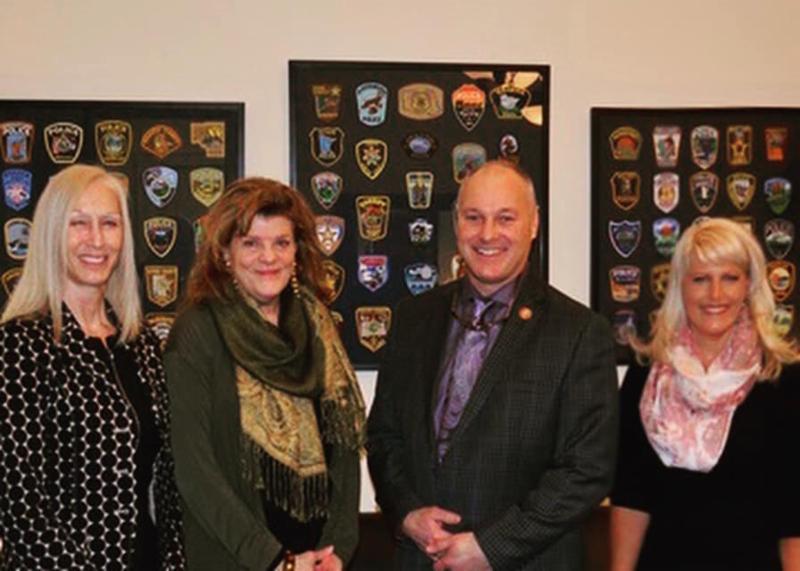 Global Rights for Women Director of International Training, Melissa Scaia, Washington DC based board member Lynn Schubert, and volunteer Rebecca Bentzinger met with Minnesota Congressman Pete Stauber in his office in Washington, DC on January 11, 2019. Congressman Stauber expressed support for GRW’s mission to promote women’s human right to be free from violence.  We focused on the immediate need for reauthorization of the Violence Against Women Act (VAWA) and sought Congressman Stauber’s support this reauthorization. VAWA was originally enacted in 1994 and provides support to groups that work on issues relating to sexual assault, and domestic violence and prevention.

GRW commends Congressmen Stauber for donating his salary during the government shutdown to our partner agency in Duluth Minnesota, Domestic Abuse Intervention Programs. As a former law enforcement officer in Duluth for over 20 years, Congressman Stauber is committed to the role of  police in enforcing women’s human right to be free from violence. He is proud of his work as part of the Duluth Model of Coordinated Community Response as a successful method of enforcing women’s rights.

We also talked with Congressman Stauber about the need for a multi-faceted approach to immigration that recognizes its root causes. Legislation and funding is needed to bring the expertise of Minnesota organizations such as GRW to Central America to improve  the criminal justice response to domestic violence and sexual assault – which are driving forces of immigration.