How We Work, Featured 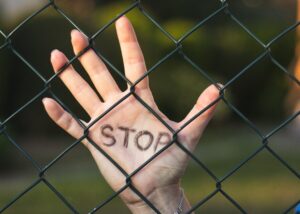 As a former immigration law attorney, I seethed when nurse Dawn Wooten reported that mass hysterectomies were performed on women without their meaningful consent at an immigration detention facility in Georgia.  In addition, she alleges that protections against COVID-19 have been substandard.  I was furious, but I wasn’t surprised.  Sexual abuse and substandard medical care are commonplace in ICE detention.

For years now, the general public has turned a blind eye to human rights abuses at immigration facilities, and national leaders have done far too little to protect vulnerable people, particularly women and children.  Many women and children arrive at the Southern border fleeing violence by gangs, drug cartels, and abusers – only to be locked up in crowded and unsafe detention centers.

In the past two years alone, we’ve heard multiple reports of systematic sexual abuse of Immigration and Customs Enforcement (ICE) detainees.  In February 2019, multiple national media outlets reported that over 4,500 children had reported sexual abuse in ICE detention and immigrant youth “shelters” since 2015.  While most of the complaints were about abuse by other detainees, “178 of the complaints were against staff at the shelters — in particular, youth-care workers who escort the children everywhere they go.”

In July 2020, the Miami Herald reported that at least four children were abused by staff members who had not been properly vetted with background checks at the now-shuttered Homestead Shelter, where migrant children were detained in Miami.

Last month, the Texas Tribune and ProPublica reported that ICE guards had been systematically sexually assaulting women in an El Paso detention center.  Women were abused in areas of the facility not visible to security cameras and were told they would not be believed if they complained.  A guard told one woman he would prevent her deportation if she “behaved.”

Although the allegations are being investigated, on September 15, ICE deported one of the survivors – a key witness in the case.  An attorney for the survivors says that sexual abuse in detention facilities is rampant, in part, because the victims are extremely vulnerable due to the likelihood they will be deported.

ICE also attempted to deport one of the women who says she received a hysterectomy without her consent; Congress intervened to prevent her deportation after she was already on a plane, waiting on the tarmac. At least 17 women have now come forward to report unnecessary medical procedures, including hysterectomies, in the ICE facility.

Congress has rightly called for an investigation of these reports.  Any allegation of questionable sterilization – especially of women in detention, whose ability to consent is inherently compromised – should raise alarm.  The United Nations considers compulsory sterilization a crime against humanity.  When directed at a particular racial, national, or ethnic group, forced sterilization is an act of genocide.

Violence against women by state actors is all too common, and we see it in our work around the world.  For instance, in Moldova, women told us that police are rarely held accountable for domestic violence they commit, and are often complicit in the violence by men who they know personally.

Globally, rape and sterlization have been used as tools of oppression by governments.  Our own country has a long and shameful history of forced and coerced sterilization of Black, Indigenous and immigrant women, particularly in state-run institutions.

At Global Rights for Women, when we hear stories revealing a pattern of abusive behavior by those in power, we know we are looking at a systemic problem.   It is critical that we listen to and support women who have been victims of abuse in ICE Detention, and that we stand with whistleblowers like Dawn Wooten.

Local and national immigrant rights advocates have called for immigrant women’s release from Irwin County Detention Center, and for the Office of Inspector General to conduct a thorough investigation of Ms. Wooten’s allegations.  Women and children who have been abused in ICE detention may be eligible for a U visa – an immigration status available to victims of certain crimes in the United States – and they should be given a meaningful opportunity to apply.

Moreover, victims’ rights to participate in investigations and legal proceedings should be protected, and key witnesses should not be deported.  We urge our GRW community to call your elected representatives to voice your concern about human rights abuses against women and children in ICE detention.