Caribbean, How We Work 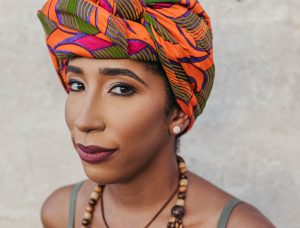 As founder of Equality Bahamas, Alicia Wallace wrestles with a myriad of complex issues – marital rape, economic inequities, education,  climate justice, women’s health, human rights, public safety, disaster response, teenage pregnancy, LGBTQ+ rights, discrimination, citizenship. But there is a thread that runs through all of her work: “Everything is connected to gender-based violence. That brings cohesion to what can appear to be a wide set of issues.”

Her advocacy journey began when she was young, tackling a single ubiquitous problem. Street harassment. “It was every day. So constant,” she said. She was often told that girls should just ignore it, “that it was no big deal. “But by OKing this, it opened doors to even bigger problems”….letting men use their power over women to dismiss their fears and cede to their desires.

“Our existence is not the problem. The problem is the perpetrator. …What is there about the perpetrator that makes them so desperate to find power and control that they think they can get it from women and girls?,” she said during a recent radio interview.

During that same period as her street harassment work, a member of parliament made a non-joke about domestic violence. “Then I began to see broader issues and how they are connected,“ she said. It sparked a lifetime of advocacy.

Alicia, with her team at Equality Bahamas and other like-minded organizations, looks for solutions to gender-based violence through three lenses – institutional, structural, and interpersonal. For real change, all three aspects must be weighed and considered. Laws, policies, and practices all have to be aligned. Systemic issues like capitalism, misogyny, racism, and patriarchy also must be considered.

For example, ending teen pregnancy isn’t about convincing young women to stop having sex. It’s also laws around the age of consent (16 in the Bahamas), predatory older men, the legal definitions of rape, access to healthcare and contraceptives, public health issues around sexually transmitted diseases, access to education and social services, economic disparities and many others.

Changing the law is one of the hardest challenges to tackle, she said. Politicians use their power to maintain power. They are not necessarily focused on the good of the people. “It’s a mistake just to focus on a piece of legislation. You also must build public support to sway politicians. And mobilizing the public to take action is one of the hardest parts.”

Alicia’s holistic approach leads to collaborations with the justice system, the legislature, international advocacy groups, the United Nations and other change leaders. She is currently working with Global Rights for women on a survey about Bahamian women’s health that also probes the prevalence of domestic violence. The project combines quantitative surveys but also survivor interviews. “Quantitative results are great but stories matter and have the power to activate people.”

After years of being in the trenches fighting for women’s rights, Alicia still has a positive attitude to keep moving forward. She cites inspirational mentors like women’s rights champions Marion Bethel, Gaynel Curry, and Fran Dillet. She also is inspired by her great grandmother Oralee Adamson, a business woman and community leader who successfully balanced her professional and personal life.

More recently, Alicia has been inspired by Bahamian artist Angelika Wallace-Whitfield who gained acclaim for her street tagging project. Her popular tag is ‘Hope is a weapon.’  “Before I didn’t care much for the concept of hope, because it seemed too passive. But framing hope as a weapon. That feels more active and keeps me optimistic.”